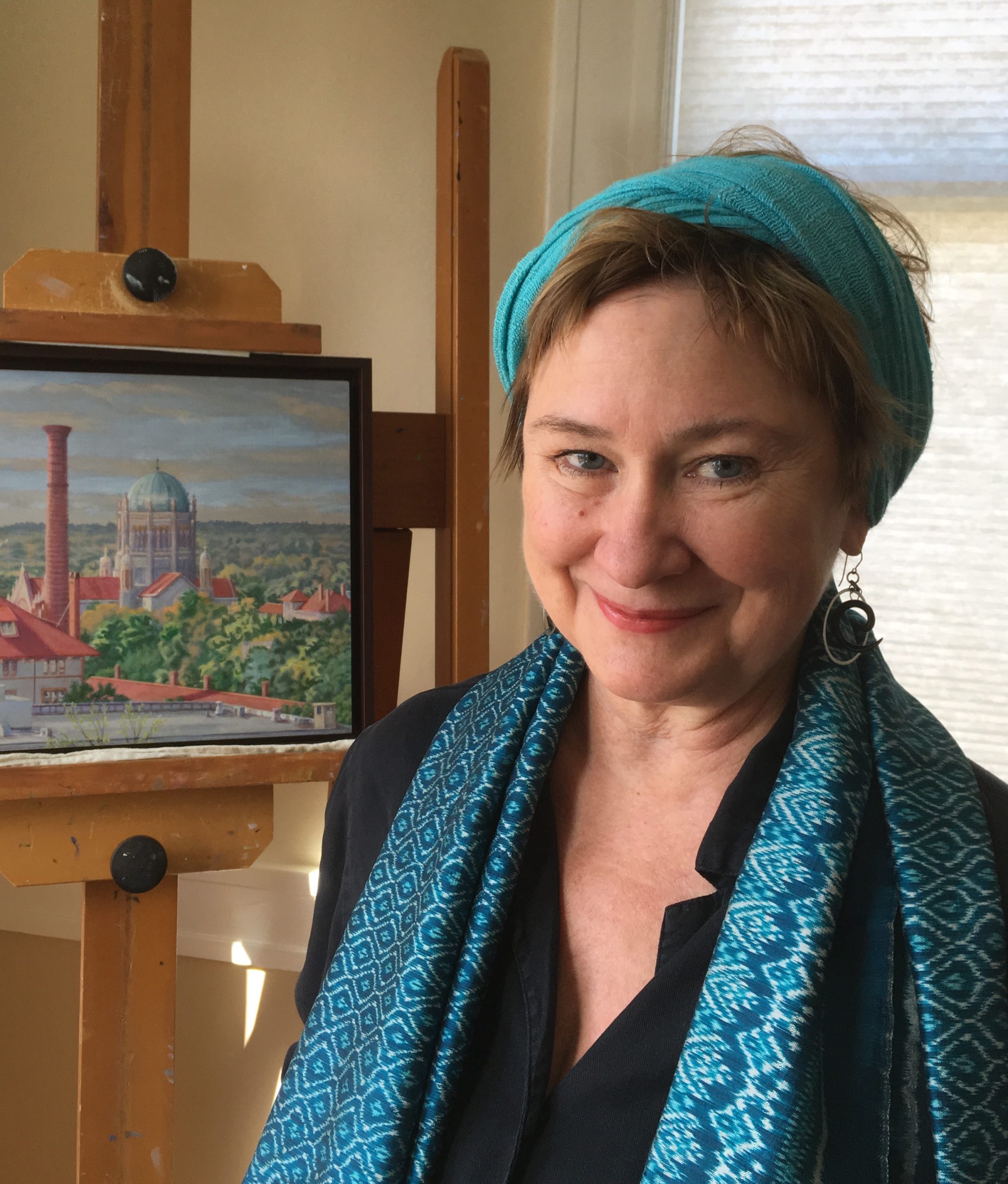 George Ann Gillespie was born in 1954 in Salzburg, Austria. She grew up in a military family, moving frequently while living in the U.S., Europe, and Southeast Asia. George Ann's mother was a prolific watercolorist and began teaching her daughter painting at an early age.

During high school, George Ann studied privately with renowned portrait painter Nelson Shanks, who taught her about the subtleties of light and color. Following that tutelage, she continued her studies at the Rhode Island School of Design, the Pratt Institute and the Beaux Arts in Paris, France.

While in France, George Ann painted commissioned murals, exhibited in the Galleries des Trois Rives, and worked in the scenery atelier of the Paris Opera.

When she returned to the U.S., George Ann took up residence in Manhattan where she specialized in cityscapes, rendered most often as oils on canvas. Much of her work was inspired by dramatic lighting situations and unusual perspectives, especially night scenes. She also continued painting murals and completed several tromp l'oeil decorative projects.

Though some of George Ann's paintings are executed in a sketchy, loose style, most of her paintings are highly detailed with a focus on creating three-dimensional images that draw the viewers into the scene.

George Ann has a passion for travel, and since leaving New York City in 1990, she has broadened the subjects of her compositions to include the many places she has spent time capturing the vibrant color and motion of cities as well as the rich hues of towns, harbors, and landscapes.

George Ann continues to exhibit nationally, and her work is in numerous private and corporate collections. She currently divides her time between St. Augustine, Florida, as well as Black Mountain, North Carolina.